Aerial robots may have been a major concern but what if they appear in swarms? 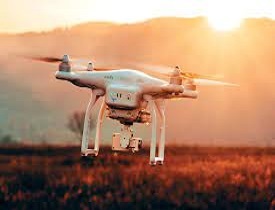 Aerial robots and their associated technologies may have been touted for their increasing use cases across critical infrastructure sectors but they come with certain limitations. This is where the role of prototyping comes in! It enables OEMs (Original Equipment Manufacturers) to test the appearance and functionality of various components of a technology before it is launched for mass production.

For the successful development of a prototype of aerial robots or technologies to counter them, the first step is to have the right team with rich experience in the field. Secondly, decide on the kind of aerial robots that you are looking to develop. Will they be used for commercial purposes or military? Using software such as 3D modelling and CAD, the next step is to produce a 3D file of the product that you are looking to develop while ensuring that each process is well documented. If the file is complex, it is advisable to produce it in an episodic format. Once this is complete, a simulation exercise would verify the performance of the prototype and the robustness of its physical and mechanical parts.

At Bharat Aero, our prototyping efforts are mainly centred on electromagnetic waves. We map how they react when brought in contact with certain parts of aerial robots. Since current tools cannot precisely capture the reaction of electromagnetic waves, several technologies used for countering potentially rogue aerial robots, still come with certain limitations and loopholes. Thus, through an in-depth prototyping and simulation exercise, we, at Bharat Aero, seek to bring versatile solutions within the air space.

If our simulation report reveals flaws, we make the necessary modifications in our experiments until we achieve the desired result. Such endeavours have not only saved the time of OEMs in the development of counter-technologies but also ensured that they are well-built.